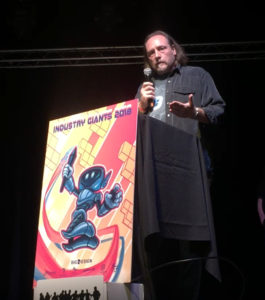 ty. As an employer, an educator, an entrepreneur, and your recent work with Balanced Media using game technology to better the world and solve real-world diseases.
Vince Sidwell